Richard's new album is due for release in Autumn 2018! Watch out for details!

It's taken 5 years to complete and it's been quite a journey! But now we're there and I'm incredibly excited to share the news that 'Lost and Found' is getting ready for release in June 2018!

Supported by a 40-piece orchestra, the original song, 'Lost and Found' swings in the style of 'The Tender Trap', evoking the musical glamour of old Hollywood. The haunting big-band ballad, 'My Thoughts Return to You' and original new swing song, 'Sinatra and Me' were recorded in EastWest Studios, Hollywood where Frank Sinatra recorded 'My Way'. Other songs include fresh new vocal recordings and dynamic new mixing on the 'An Englishman in Love in LA' catalogue. Take a sneak peek at the recording session of 'Sinatra and Me' here - https://vimeo.com/264524487

Paying tribute to my hero, Frank Sinatra, we've included 'One For My Baby' recorded at Capitol Studios with Mike Lang on piano who played for Sinatra at his retirement concert.

As the lyrics in 'Sinatra and Me' say, the songs on 'Lost and Found' are "...not an imitation, it's a swinging dedication to the Chairman of the Board, the VIP'".

We're really looking forward to sharing 'Lost and Found with you soon! 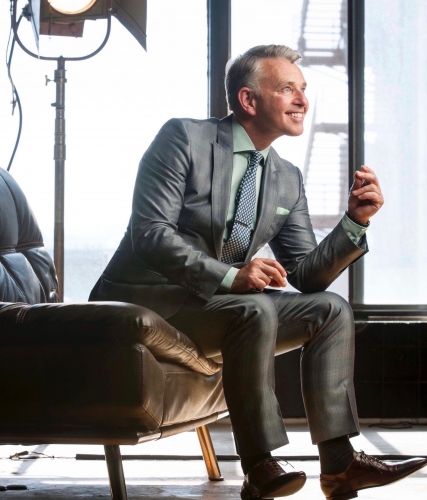 When will Hollywood re-open?

Very proud to be featured in this great piece on BBC global news!
​Click on here to see the article

It's an Australian 5-stars for 'Sinatra: RAW'

Thank you to the Adelaide Advertiser!